If registration goes smoothly with the Financial Services Commission and Big Hit Entertainment is listed on the Korea Composite Stock Price Index, the BTS members will receive $7.7 million each, doubling their net worth of $8 million in 2019. Big Hit Entertainment plans to hold 1,426,000 shares, which means BTS will own 33.5% of the label and 6.7% of the total shares.

Founder Bang Si Hyuk will be the largest shareholder with 43.44% of the company, and Netmarble will own 25%.

Okay.... so BigHit will become the most rich company in Kpop when it goes public and bts owns 33.5% of label and 6.7% shares. Basically JinHit in making!

As they should, they practically raised the company from the ground up.

Btw, with BigHit, trainees are not in debt, the company takes FULL responsibility of all the costs and it will not loom over the artists . 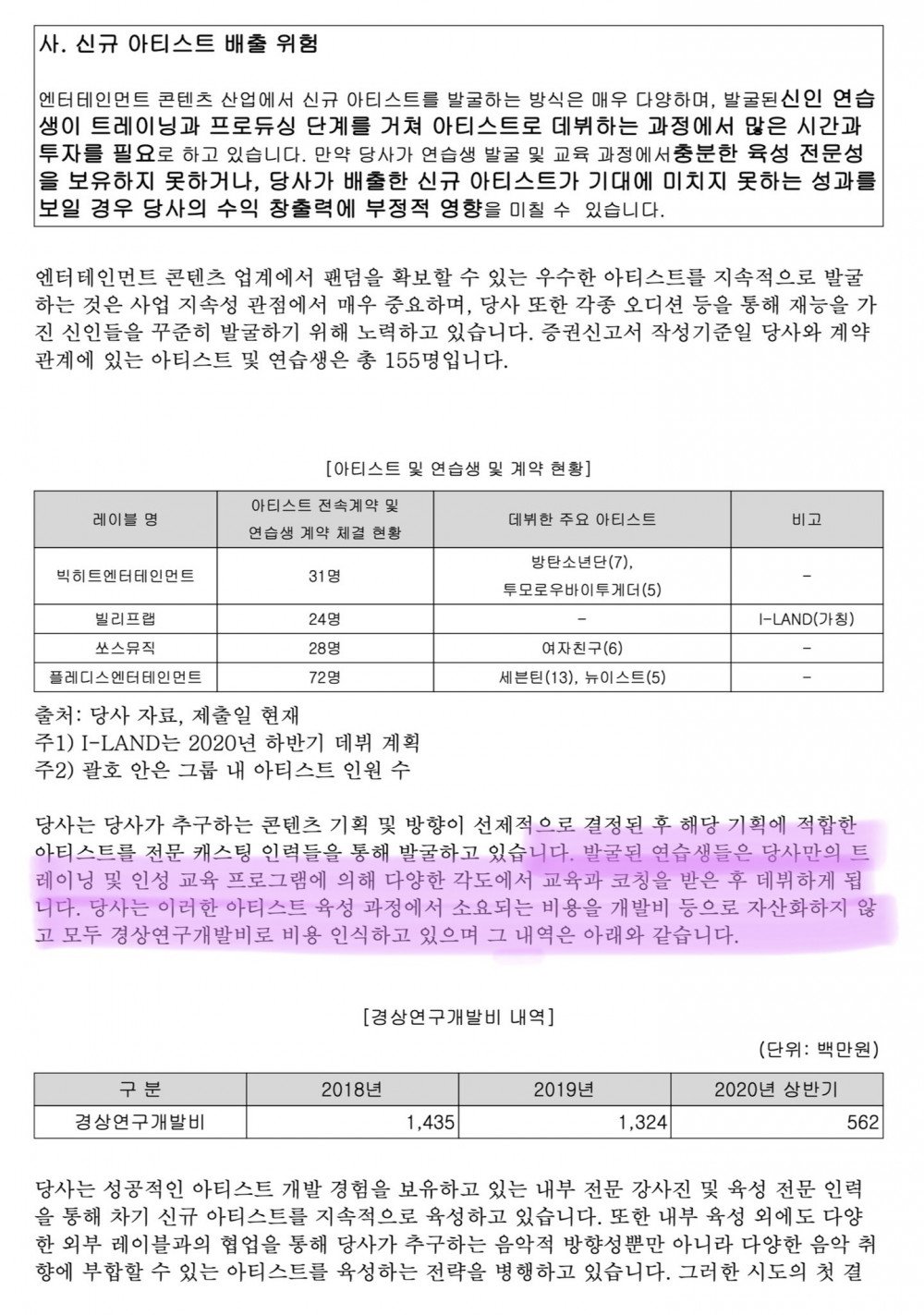 Jessi revealed to be in the hospital after coming down with the stomach flu
4 hours ago   9   4,168

Netizens horrified as they find autographed albums gifted to CLC from other artists listed for sale in an online market
7 hours ago   38   45,349

Fans are feeling fuzzy inside after TOMORROW x TOGETHER's Beomgyu uploads a cute little game of 'Where's Toto?'
57 minutes ago   0   1,066

AKP BUZZ
Korean Mukbang YouTuber is fired from her Chinese agency after saying "Kimchi is a Korean food"
2 days ago   116   143,528

Mina lashes out at netizen demanding proof that Jimin bullied her, posts medical diagnosis from hospital
2 days ago   251   52,369