Bored at home due to the quarantine? Here are the Korean dramas to watch this month

If you’re bored at home due to the quarantine, watching dramas is the perfect way to spend time. Luckily, there are a number of Korean dramas for April that will help you get through pandemic!

Here are some dramas that have aired or will air in April.

‘Best Mistake 2,’ the follow up to 2019 hit web drama ‘Best Mistake,’ premiered on April 2. It is a youth romance drama that follows the lives of regular high school students.

How to Buy a Friend

Based on a webtoon of the same name, ‘How to Buy a Friend,’ is about a high school student Park Chan Hong (played by Lee Shin Young) who begins a contractual friendship with legendary fighter Seo Don Hyuk (played by Shin Seung Ho).

‘The King: Eternal Monarch’ is a drama about two parallel universes of a monarchy and a democracy that will air beginning April 17. It features Lee Min Ho as Emperor Lee Gon and Kim Go Eun as Detective Jung Tae Eul.

’The Mermaid Prince’ is a web drama that follows Hye Ri (played by Jung Shin Hye), who meets Woo Hyuk (played by ASTRO’s Moonbin) on a graduation trip to Gangwon Province. It will air starting April 20.

When My Love Blooms

‘When My Love Blooms’ is a drama that will premiere on April 25 about the love story about Han Jae Hyun and Yoon Ji soo, two college lovers who reunite many years later. Jinyoung and Jeon So Nee will play the characters during their college years while Yoo Ji Tae and Lee Bo Young will portray the characters after they reunite later in their lives.

‘Good Casting,’ which premiers on April 27, is an action-comedy about three secret agents who go undercover to investigate the truth behind a corrupt corporation.

‘Model Detective’ is a crime investigation drama about detectives who are persistent in their journey to uncover the ugly truth and capture the culprit. The series will air on April 27.

‘Extracurricular,’ which will be released on April 29, tells the story of high school students who start committing crimes to earn money and find themselves in unpredictable dangers as a result. 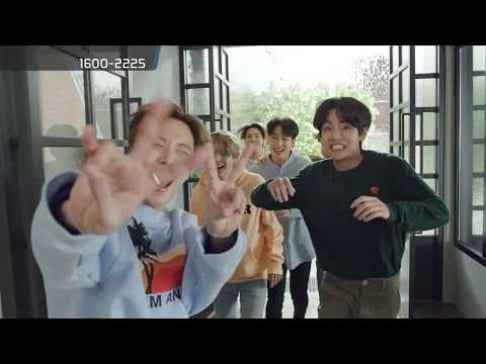 My opinions on Ateez

I am especially excited for The King and Extracurricular

Even though 4th generation girl groups are all the rage these days, BLACKPINK is still BLACKPINK
22 hours ago   52   34,093

Even though 4th generation girl groups are all the rage these days, BLACKPINK is still BLACKPINK
22 hours ago   52   34,093

Fromis_9 members and Pentagon's Wooseok allegedly seen entering a room bar together in Hongdae
2 days ago   108   89,033