1. Come With The Wind *Title

Sungjae has just dropped his latest solo EP, 'YOOK O’clock.' The BTOB singer says it's a gift for the fans and mentions how these songs are about love and longing. 'YOOK O’clock' has seven brand new tracks. It includes the title track "Come With The Wind."

The title track "Come With The Wind" is primarily sung to an acoustic guitar. It starts out soft, but about a minute in is where the song gains more momentum and we hear more emotion from Sungjae. I like the tune because it has a little singer-songwriter vibe. "HMHN" sees a return to synthesizers, starting with the squelches that eventually underlie the melody. It's higher-tempo than the first track, and sounds more like traditional K-Pop. Ilhoon is a guest star on here, and he half-sings half-raps on here. Some of his lines are ad-libs buried in auto-tune. My favorite song on the EP has to be "Hypnotized." Starring another of Sungjae's bandmates, -- Peniel this time -- we get Sungjae singing the hook in his smooth tenor over a creepy melody while Peniel handles the rapping. And Peniel is in fine form here, spitting rapid-fire lyrics and giving this song an aggression I love.

"W.A.U" starts out as a guitar-oriented tune, faster and more filled-out then the title track. What's funny is it shifts gears, becoming more of a EDM-style K-pop tune less than a minute in. Throughout the song they return to this guitar-then-synth structure again and again. A sort of push and pull between the two instruments. Far and away the most playful track on the EP is "Chicken." It's got a light happy piano playing in the background, joined by equally upbeat synth accents. It's cute, and never strays far from its roots. I think that's why I like it. It's uncomplicated, unpretentious, and doesn't try to be something it's not. That is definitely easy on the ears. "Yook" is from a genre of K-pop that's becoming more common -- the power ballad. He goes through the traditional structure, where it starts out quiet and tender, and then gathers steam in the form of a crashing orchestra, guitars, and Sungjae straining to be heard over the mess. It's not bad for what it is, but it is definitely not my style of music.

You could probably guess from the title, but "From Winter" is a ballad. It's not a bad piece, sung over a piano and an orchestra joins up after the first verse. Sungjae becomes super-expressive here, in fact, more so than on "Yook." And I like this one better because it seems to remain consistent from beginning to end.

Overall, this is a pretty strong collection of songs. If you're a Sungjae fan, then this should tick all the boxes. You got your tender ballads, some hip-hop provided by guest stars, and bright, happy tunes for the most part. And that's exactly what you want from a spring album.

An animated Sungjae goes about his day in the MV for "Come With the Wind."

And that's about it. He wakes up, pets his cat, and walks to wherever he's going. On the way, he reminisces about happy times spent with his woman. He pops into a record store and sees the woman he loves outside. He dashes out to meet her, but by the time he gets there, she's gone. Eventually, he gets where he's going, and it's a concert hall. He starts performing -- and comes face to face with his lover. And then he wakes up. This time he's in the real world. He finds a pic of BTOB in the book he's reading, and pins it to a clothesline, a goofy grin on his face.

There are some really nice touches here, too. Like when Sungjae goes on his walk, there's a gorgeous orange sunset. And there are little details, too, that make this MV fun to watch. Like when he pets his cat or a leaf floats across the sky, carried by the wind. Or a butterfly that lands on his finger. Those are some of the details that interested me most.

The only thing I could wish for is something a little more inventive within the framework of the animation. It hews close to realism, tracing Sungjae's path as he goes through a typical day. But as nice as some of the transitions are, there isn't really anything truly unique. It's a nice, settled anime. But there's not a whole lot of imagination that went into it.

Still, that doesn't mean it's bad. Far from it. If you like anime, you'll like this MV. And if you like Sungjae, you'll definitely want to see it. So I've given you two reasons to watch it. What are you waiting for?

Girls' Generation's Taeyeon visits her family for the Chuseok holiday and has her energy sucked out by her baby cousin
4 hours ago   6   5,202

Celebrity family members who share exceptional genes with the celebrity
4 hours ago   6   4,039 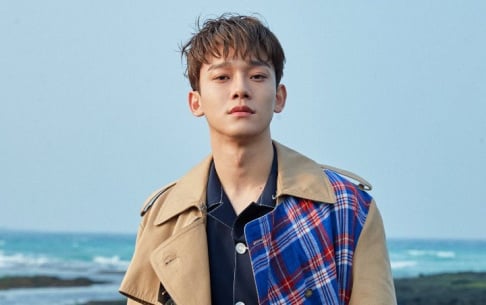 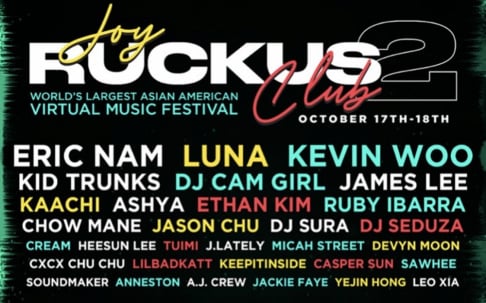 BTS shares details about their upcoming album 'BE' on 'The Tonight Show Starring Jimmy Fallon'
2 hours ago   0   1,040

BTS shares details about their upcoming album 'BE' on 'The Tonight Show Starring Jimmy Fallon'
2 hours ago   0   1,040

BTS reveal gorgeous performance of 'Dynamite' in front of Gyeongbokgung Palace
9 hours ago   5   3,547