On December 4, actor Ji Hyun Woo's label STX Lion Heart confirmed to various media outlets, "Ji Hyun Woo is currently preparing for his comeback as a singer, set for some time in January of next year."

According to reports, Ji Hyun Woo is preparing to return to his original career as a singer next year with a band, consisting of 4-members. Some of the band's members are said to include Ji Hyun Woo's older brother Ji Hyun Soo, currently promoting as a keyboardist in band N.EX.T, as well as another original member of The Nuts, plus an un-debuted member.

Actor Ji Hyun Woo actually first debuted as a singer in 2004 as a member of the band The Nuts, after singing backup for vocal group Moon Child (currently M.C. The Max) since 2001. Later on, Ji Hyun Woo naturally transitioned into a career in acting but continued to pursue music through drama OSTs, solo releases, and more.

Did you know Ji Hyun Woo during his days as a member of The Nuts?

Fans are freaking out after the legendary Billy Joel tweets about Kim Taehyung
3 hours ago   25   4,119

AKP BUZZ
South Korea's An San becomes the first archer ever to claim three gold medals at a single Olympics
3 hours ago   11   3,647

It is confirmed over 10 MILLION people watched Jungkook’s recent Vlive in real-time with no duplicate views, the highest ever since Vlive rule change
4 hours ago   24   4,011 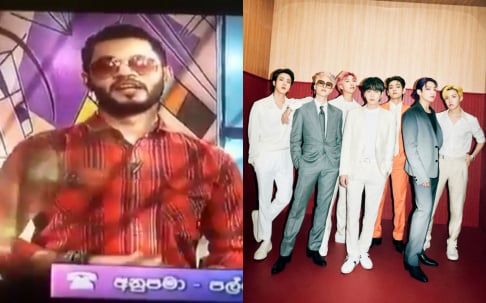 BREAKING
Former AOA member Mina reportedly transported to the hospital after attempting to take her own life
2 days ago   240   121,091