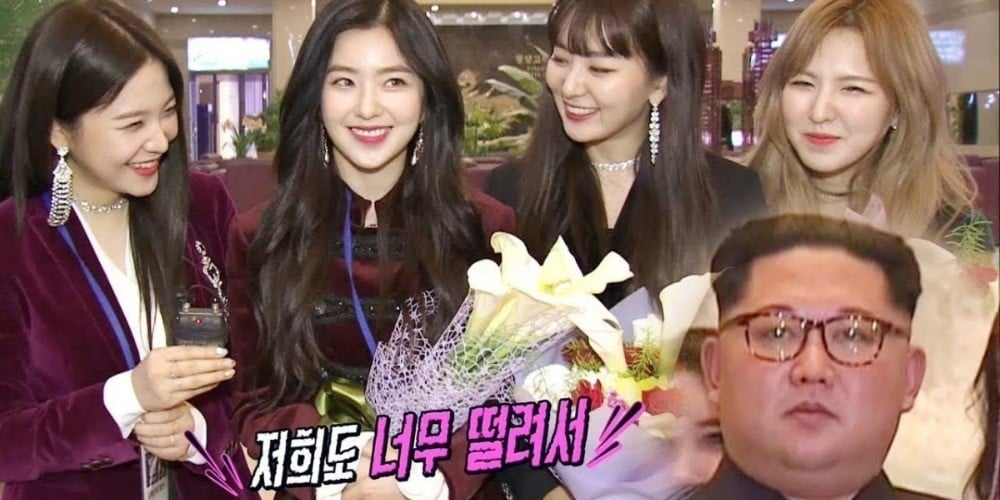 Red Velvet shared about the special encounter they had with Kim Jong Un.

The April 3 airing of SBS' 'One Night of TV Entertainment' covered the hot issue involving the recent North Korea concert. One of the performers of the event, Red Velvet, opened up about the experience in an interview.

Irene mentioned the warm reactions and applause they received from the North Korean audience. Yeri talked about the conversation they had with Kim Jong Un and said, "We were so nervous. He said he saw the South Korean media reports and that, 'The South was very curious whether I would be meeting Red Velvet or not. Well, here I am today seeing you guys'."

Meanwhile, it was also reported that Kim Jong Un adjusted his schedule to see Red Velvet at the event.

AKP BUZZ
Koreans donate to "brother" Turkey for the wildfires after seeing Turkish volleyball players in tears
2 hours ago   22   9,642

Employees at a Chinese company allegedly fired for discussing the possibilities of having Kris Wu represent the brand
5 hours ago   24   11,577

AKP BUZZ
Netizens baffled at the reporter who asked Gold winning archer An San about the feminist controversy
40 minutes ago   5   1,625

BLACKPINK's Jennie gains attention for wearing a chain accessory around her thin waist, netizens predict it will start a new fashion trend
17 hours ago   88   87,377