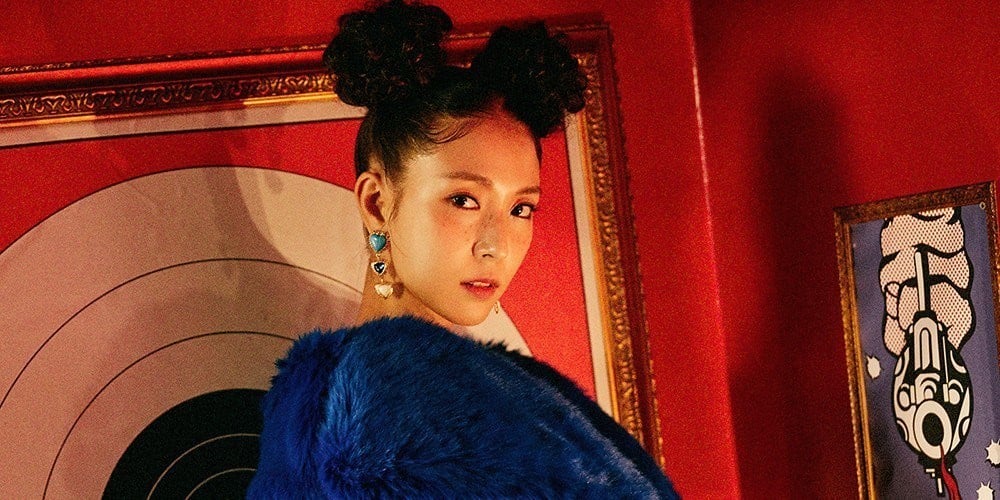 K-Pop soloist and megastar BoA has never been one to shy away from a challenge. In what seems to have become the norm for her, BoA released two different original bodies of work within several weeks of each other - one album for Korea and one for Japan. Having previously spent much of her career working in multiple music markets, BoA is no stranger to the hard work that comes with the territory. However, what's impressive is her continued maturation as an artist and ability to release quality hit after hit even this far into her career.

"Arigato Sayonara" from Japanese release "Watashi kono mama de ii no kana" is a highlight with its 90s throwback sound. It shows BoA getting nostalgic because as one might recall, she was actually around and making music during the original advent of the styles she and her contemporaries are now making retro tributes to. The result is an informed take on the throwback style, with authenticity and engagement. Follow-up "Crow" is a busy but bombastic and accomplished arrangement, signaling that the album might lean towards a camp approach to its music and presentation. It's interesting how BoA's Japanese material positions her as an experimental and worldly pop songstress, while the Korean material sounds like it's set on fulfilling epic expectations and building the reputation of her career as a top-tier K-Pop representative.

As the album progresses, it gets a little bit unusual. "Experimental" is the word that most would use, but experiments have purpose whereas making an electro-swing track is almost surely the result of some algorithm's flawed understanding of what people actually listen to. It's unnatural, campy in all the wrong ways, and doesn't match the sophisticated and mature image BoA has established for herself in Japan. In spite of this all, she's talented so the end result is still quite engaging.

There's a certain expectation that major label J-Pop releases will follow a loose formula that varies from artist to artist. In BoA's case, there's always been a tendency to lean on the kind of R&B numbers that defined the early to mid-2000s, something you could hear coming out of a polyphonic ringtone speaker. She's above songs like this album's "Fly" by this point though, as she's proven she can do "emotional" as a mood with more depth. "Right Here, Right Everywhere" is also surprisingly basic, and doesn't have the same level of excitement and apparent urge to impress found in earlier J-Pop material. "Make Me Complete" is classic J-Pop but surprises with its full-English lyrics. For a moment, I was reminded of BoA's work in America, which could have benefitted from this detour from electronica. The titular track of the album proves that she has what it takes to deliver an arrangement with heart (while keeping herself from "doing too much").

Other songs on the album like "Lookbook" show how two careers could best meet in middle. It has a funky arrangement, electro undertones, and maximizes everything including its big hooks. "Mannish Chocolate" also offers the lush and mature but excitable music that many think suits her best. Some may complain that it's "easy" to do certain types of electronic music, but when one can squeeze the emotion out of an electronic arrangement then they are doing something right.

The Korean album, "One Shot Two Shot," starts off on a bright note. "One Shot Two Shot" is gorgeous, original, emotionally potent, danceable but not so busy her voice gets lost. "Everybody Knows" has a kind of emotion that wasn't ever shown on the J-Pop album, with a certain darkness underneath it all. Considering that the Japanese language album was centered around the pressure that women in entertainment face in their thirties, it's confusing that she didn't release such a fierce number to declare her dominance. That said, "One Shot Two Shot" succeeds as an album because it's more "in the current moment" of pop. "Nega Dola" following up means the album is 3 for 3 on great tracks, something that "Watashi kono mama de ii no kana" didn't quite accomplish in terms of consistency. It's experimental but sensible, hitting the same retro notes we mentioned earlier that she did well with.

"Your Song" sounds like nothing BoA has done before, and it's worth remarking over. Plenty of songstresses have done trap now, but they never made it sound quite this naughty and fun. Just when you think you know what's going on, she switches it up with a lush hook. Its rap feature isn't out of place at all and offers a great foil to BoA's feminine power. The dance break towards the end of the song is just bonkers and absolutely worth the detour; if she's ever looking for ways to command the attention of a room, this song can do help.

"Always, All Ways" has super interesting production. SM Entertainment has been killing it with these R&Bass numbers. It's able to pull on certain heartstrings without relying on blind nostalgia, and then you get the contrast of Chancellor to lend the record some sex appeal and tension. Here, BoA manages to be particularly sexy, something she didn't quite pull off in her Japanese effort. The little drum & bass beat at the end wasn't lost on this listener.

Other tracks on the album offer precision-cut pop gems to listeners by the handful. There's "Recollection", a midtempo house number that achieves the easily digestible approach of the Japanese album without becoming boring in the process. Notably, there was a guitar solo towards the end that made it all seem a little bit goody, but it hardly crossed over into the territory known as "bad." Flourishes like that unite BoA's Japanese and Korean work and show that you can say with certainty that there are definite common elements at play when BoA hits her stride.

"Camo" makes a great closer for BoA's mini-album, and highlights the fact that she had a cohesive sound and didn't allow herself too much-unrestricted freedom. While the arrangements on "One Shot, Two Shot" were technically less diverse than their Japanese counterparts, "One Shot, Two Shot" seemed better at conveying a sense of BoA's capabilities to the listener. In this instance, BoA's Korean work actually allowed her the flexibility and modern vibe often attributed to her Japanese output. It's interesting to see how the tables have turned, and one definitely wonders if the politics of the respective industries she's releasing her music in have any weight on her work. Considering that "Watashi kono mama de ii no kana" was meant to be an album that showed the potential and experience of someone in their thirties, truly, "One Shot, Two Shot" did that in a much more compelling way. Perhaps if they could meet in the middle you'd have a perfect record.

What did you think about these albums? Do you remember when BoA did this across Japan and America? How did you feel about it then, and have things changed now? We'd love to hear your input in the comments section below.

Stray Kids' Bang Chan says BTSâ€™s Jungkook is "top tier of the entire industryâ€ť and reveals Jungkook inspired him from his trainee days
3 hours ago   13   4,815

Fans laugh as (G)I-DLE's Shuhua accidentally puts up her middle finger during a performance
44 minutes ago   5   2,428