On the March 29 broadcast of 'Same Bed, Different Dreams 2', Shinhwa's Junjin invited some of his closest 1st-generation idol friends over to his house for a get-together.

1st-generation idol stars including Shim Eun Jin, Hwangbo, and fellow Shinhwa member Andy joined Junjin and Ryu Yi Seo on this day, and over dinner and drinks, Shim Eun Jin pointed out that "Junjin is the type to let his stress and worries brew inside, without telling anyone."

Here, Junjin replied, "All of the Shinhwa members are actually like that." Andy agreed, "I think that all six of us have very similar personalities. No one is very willing to talk about what's troubling them. In truth, it's because we all debuted in our teens. As soon as we debuted and until now, each of us has acted as the breadwinners of our families. We always lived with the mindset that we have to endure it, and we have to overcome it on our own."

Junjin also added on, "Yeah. When we first debuted, we talked a lot. We talked all the time about how we each grew up and all that. We all tried out best to get to know one another, and always said, 'Let's do our best'. But as we got older, we stopped having such conversations... Because we didn't want to burden one another with our own troubles."

Watching from the studio, Junjin brought up the internal conflict which made headlines earlier this month, involving Shinhwa members Eric and Dongwan. He explained, "We have been seeing one another for the past 24 years, since we were trainees. It was an incident where [the members] blew up over various small things that had been culminating over the years. But I'm sure this is something that everyone goes through. We've talked things out well, and now we are tighter than before. We are like newlyweds(?) again."

In addition, Junjin revealed, "Dongwan has rejoined our group chat room for the first time in years. We are talking a lot more in the chat room these days." 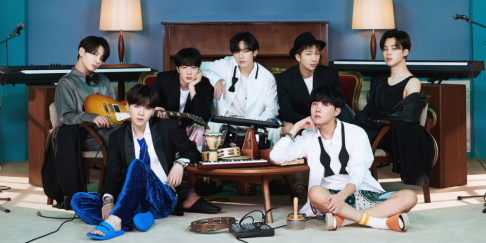 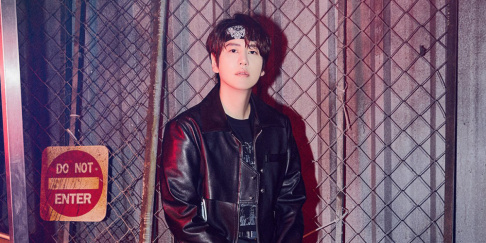 Super Junior's Kyuhyun to return with the next installment of his '2021 Project: 季'

Glad everything is working out with them, my concern is that they keep bringing up these similar topics a lot and hopefully it doesn’t distance them.

Lmao these dramaqueens ajussi, they r just doing this so they wont be cancelled. Funny how they all behave better when it comes to potentially losing their income.

The Korean Intellectual Property Office rejects HYBE's application to trademark 'BORAHAE' because it belongs to Kim Taehyung
3 hours ago   26   18,538

A cybersecurity expert says it will be very difficult to apprehend the individual who leaked personal images of BLACKPINK's Jennie and BTS’s V
3 hours ago   7   10,163

Stray Kids' 'MAXIDENT' wraps up first-day sales with over 1.3 million copies, taking them only one day to set a new personal-best in first-week sales
2 hours ago   4   558

Crush's recent Instagram story raises questions on whether he is referring to recent events related to ITZY Ryujin's 'V Live'
2 days ago   57   111,601