Former Wanna One member Yoon Ji Sung confessed his worries and fears on the new talk show 'Okay? Okay!' and said he was the subject of mockery while promoting with the project boy group.

In the new episode that aired on September 27, Yoon Ji Sung appeared on the show and took the time to consult with doctor Oh Eun Young. On the show, Yoon Ji Sung was asked, "What is the thing that makes it difficult for you?"

The singer confessed that he formed a fear of standing in front of people because of the malicious comments about him. He added that he was a target for mockery while promoting in the group Wanna One.

He elaborated, "Starting from when I was on the survival program until the disbandment of Wanna One, and even now, I'm the subject of mockery." He continued to say, "It was really difficult for me. During the third round, we had a segment called 'recognition test' and we were taken to the Bucheon market. And people came to me saying 'I'm a fan, I'm a fan.' So, I shook their hands and told them 'Thank you, thank you so much.' Then I saw online, a comment saying, 'Yoon Ji Sung that ret*rd, was so happy and shook my hand when I said I was his fan but I don't even like him.' When I saw those comments, I became so scared of those situations."

He said he didn't want to show people how he was breaking down due to the malicious comments. On top of that, he didn't want his fans to see him being sad and weak. 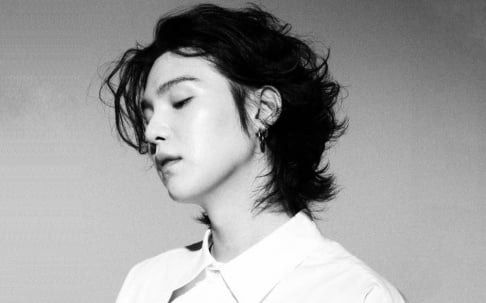 BTS's SUGA is making everyone swoon over his long hair

Seriously…what the fuck is wrong with some people?!

You think negatively of a celebrity or don’t even like them, yet you go and shake their hand and act like you’re a fan?!

Sheesh…whoever does messed up shit like that are nothing but fucking retarded.

Some people proudly sharing on social media about their disgusting behavior?

SMH…nothing but a bunch of dumb fucks.

Wow. So many of these people who say such awful things. And there are some people, (even here on this site) who say such vile and hateful things, are convinced that they have what it takes to become an idol. I'm not saying that idols are perfet angels - but your image is the first thing that's important. if you got caught saying shit half as bad, You'd get dropped faster than you could say the word "audition." Poor guy.