BTS celebrates topping the Billboard Hot 100 chart once again with the remix of "Savage Love" with Jason Derulo and Jawsh 685.

On Monday, October 12th, Billboard announced the results of the HOT 100 charts for the week. BTS members and fans were ecstatic to find two of BTS's songs on the top of the charts with "Savage Love (BTS Remix)" and "Dynamite" at number 1 and number 2, respectively.

Many fans were already excited about the remix song when it was announced earlier this month. Since then, many fans continued to stream and listen to the song bringing the BTS boys to the top of the Billboard with another song.

This is EPIC guys. BTS becomes the first group in over a decade to chart #1 and #2 simultaneously on the Billboard Hot 100. Savage love went from #5 to #1 due to BTS impact. The song got korean lyrics, with J-Hope and Suga credited as the songwriters.

Congratulations! This is our gift to Jimin! Happy Birthday! 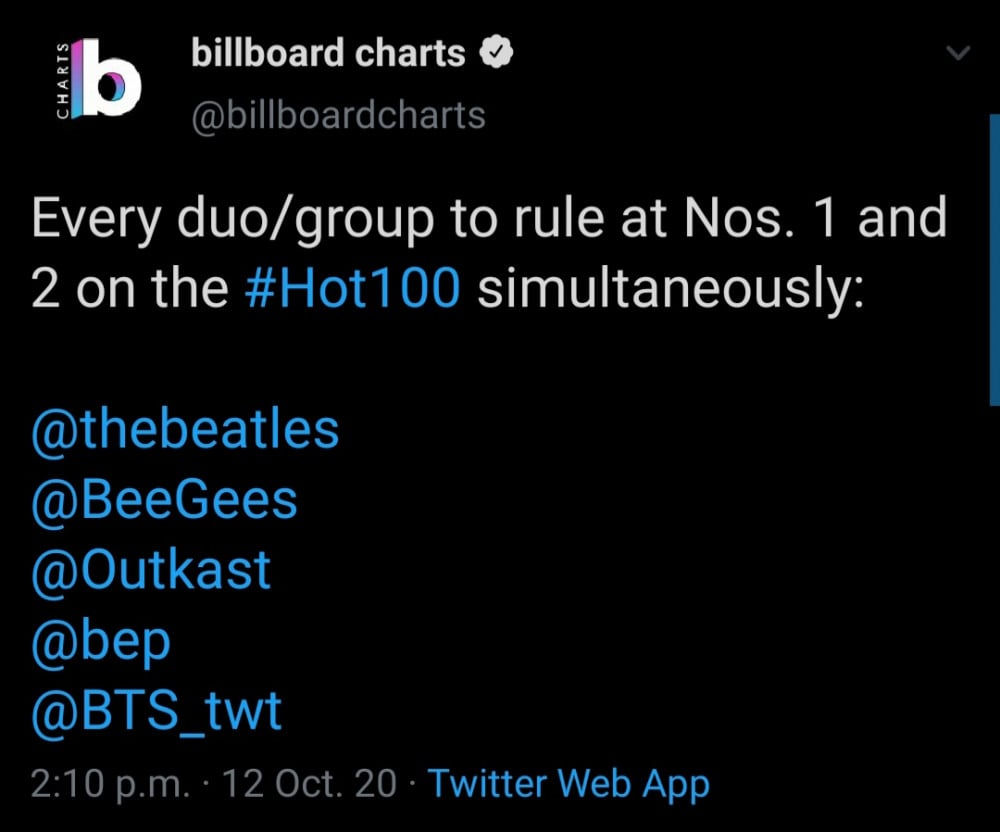 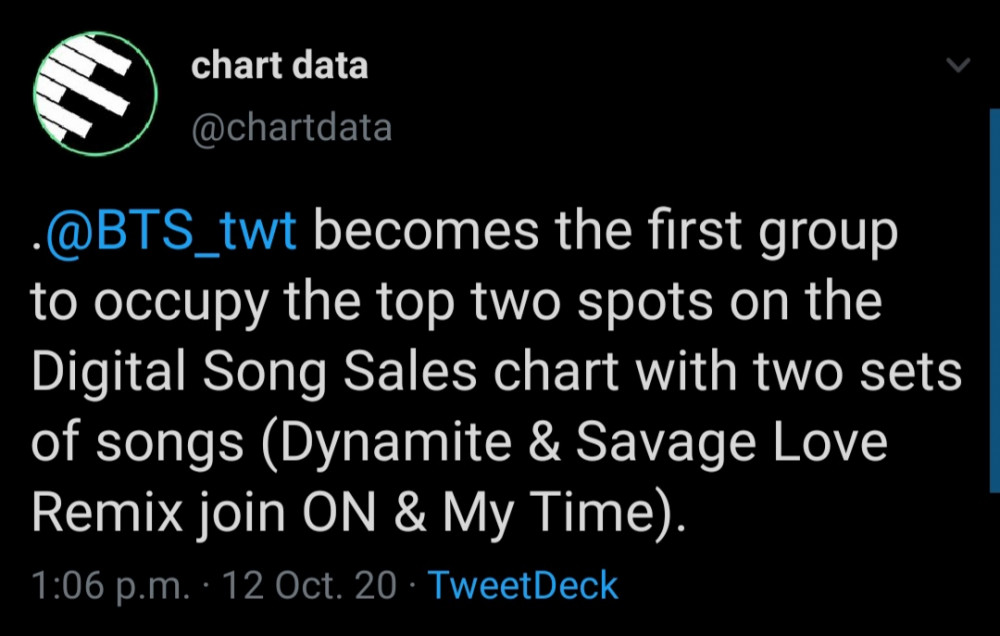 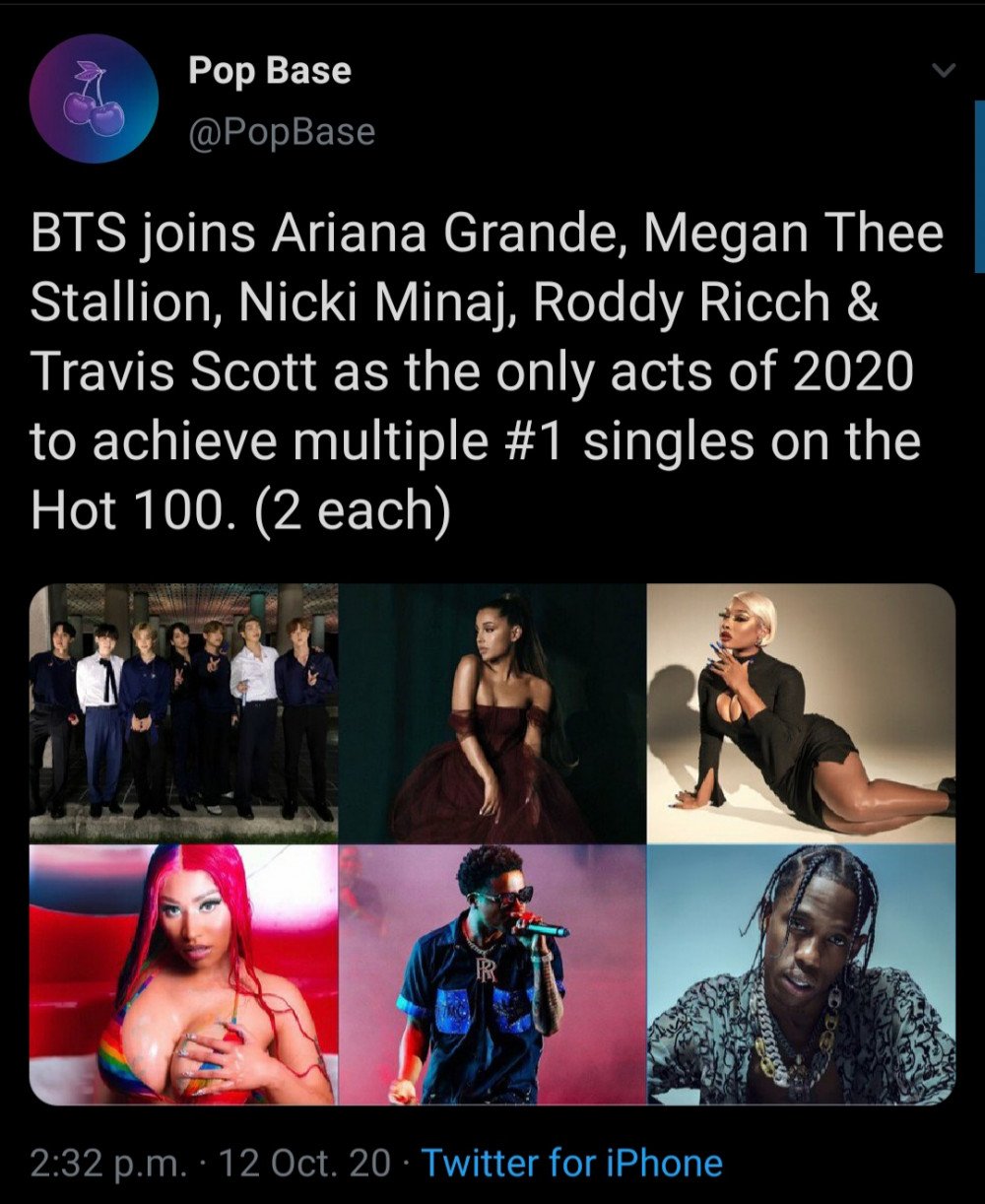 Golden Child's Jangjun reveals what he got as a birthday gift in return from Lovelyz's Seo Ji Soo after his meat socks
5 hours ago   7   4,592

Netizens look back on Song Ji Hyo's beauty from fifteen years ago in light of the news that 'Princess Hours' will be remade
10 hours ago   15   52,174