Big Hit Entertainment's market cap expected to reach over 10 trillion KRW (8.5 Billion USD), which would be more than triple of SM, YG, and JYP combined

According to financial analysts on September 23 KST, the market capitalization of Big Hit Entertainment is expected to reach around 10 trillion KRW. Some predict that the amount will reach up to 14 trillion KRW amid the consensus of various securities firms.

The company will conduct a forecast for domestic and overseas investors from September 24th to the 25th. They plan to make a public offering next month from the 5th to the 6th.

According to the Shinhan Investment Corp report, the appropriate market capitalization of Big Hit Entertainment was estimated at around 10 trillion KRW. This is based on next year's estimated performance standards and is based on a 50 times price-to-earnings ratio (P/E ratio).

Although the three companies - JYP Entertainment, YG Entertainment, and SM Entertainment - are at a target of 40 times the P/E ratio, it was explained that Big Hit Entertainment has been given a premium considering the fact that it has ranked first in the comparative group and took in the consideration of the value of their Weverse platform.

Such a market capitalization wound rank in the top 20 to 30 on the KOSPI. It is on par with SK Biopharm and Sinpoong Pharmaceutical, which are two IPO's that have recently gained attention and big gains.

Meanwhile, as securities firms are predicting higher prices for Big Hit Entertainment, some predict that the number of IPO's will increase in Korea. 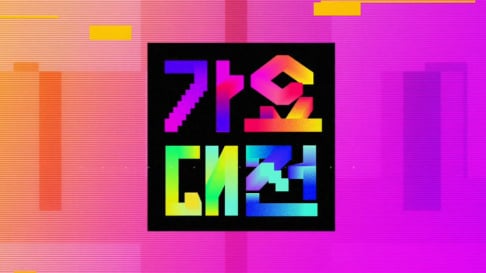 Dang, is this the same Big Hit who had nothing?! I cannot believe how big they grew?! Congratulations!

Korea needs a top 1 so that they compete with Sony, Universal and Warner

The huge earnings potential for Jessica while promoting in China
1 hour ago   7   4,178

BLACKPINK is trending around the world again and they look amazing in a new video shared by YG Entertainment
3 hours ago   6   4,469

AKP BUZZ
Working as a waitress, enlisting in the navy, this SK Group heiress is receiving attention for her unconventional "Chaebol" lifestyle
2 minutes ago   0   137

Is BLACKPINK coming to your area? Check out the dates and locations of BLACKPINK's upcoming 'BORN PINK' world tour
8 hours ago   55   33,091

Red Velvet's Yeri responds to a controversial YouTube channel which accused her of having 'Jennie Disease'
1 day ago   58   92,928