7. Lullaby For A Cat

Epik High has released their eagerly-awaited followup to their LP "We've Done Something Wonderful." A springtime release, 'sleepless in __________' contains 7 brand new songs and includes a bevy of collaborators, including singer/songwriter Yuna, and hip-hop/R&B artist Crush. This is their first album since leaving YG, so it should be interesting to see what they have in store for us.

The intro track is "Sleepless," a strange song comprised of questions about depression asked by a computer-generated voice over the tinkling keys of a piano. Why? I'm not sure. But it does end with the poignant query: "Are you lonely?" Blending quite well with the intro track is "In Seoul" (Feat. Sunwoo JungA"). The guest artist is a veteran singer, songwriter, and producer, she definitely earned her way on this EP. She has a short part but brings a needed softness to this song. It's also interesting that the first two titles on this disc form the chorus: "Sleepless...In Seoul." These two tracks are classic Epik High and are perfect as the appetizer for the rest of the album. Unfortunately, and call me crazy, but I didn't much care for "LOVEDRUNK" (Feat. Crush). It sounded a lot like every other mainstream Kpop song, and that's actually not what you expect from Epik High. I enjoy their more hip-hop inspired pieces precisely because they're different. This featured falsetto, smooth, tender vocals, and a lot of fluff. At the end of the day though, I understand you do need some form of mainstream appeal to pay the bills and it's paying off as the song placed #1 on various music charts.

On "Eternal Sunshine," Tablo wants you to know that if you feel anxious or lonely, it's not just you. As all ARMYs probably know by now, this one was produced by BTS' Suga. The tune itself is pretty good, and raps are solid. And since Epik High influenced Suga's decision to become a rapper, this is a big deal. It doesn't feature Suga's distinctive voice, however. And then we get around to "No Different" featuring longtime Epik High collaborator Yuna. This track sees the band sharing vocal duties with the singing sensation Yuna, who brings a jazzy, soulful feel to the mix. She meshes well with Tablo, who sort of half-sings half-raps on here. I like how this one sounds, and it fits comfortably in the R&B landscape.

"Rain Again Tomorrow" brings it right back around to rap again. It's kind of a mellow beat, but it features Tablo singing in English at first, long enough for even international fans to figure out that this song is not a happy one. It's a refreshing tune, despite the constant, depressing refrain: "They say it’s raining again tomorrow." "Lullaby For A Cat" is a ballad, as you might have guessed from the name. But it's still an interesting one, accepting as its main refrain the sampled, autotuned phrase "lay me down-down." It's done to piano and violin and contains a beat like a clock ticking. While it says 'for a cat,' it could still be anyone, even a child, as the only clue that there's someone else besides the singer are the lines "tuck you in/as I tuck another tear/behind my eyelids."

This is probably Epik High's mellowest album yet. Like always, it carries strains of regret and bitterness, of isolation and loneliness, which is probably why they're still relevant. People can relate. It's not just another collection of surface-level love songs. And the last two songs deal with insomnia, relating it back to the intro track. But overall it's a bit light on the raps, and more melodic. I don't know if this is a new direction, but I prefer things a bit of the old school Epik High.

Okay, the more I hear it, the more I like the tune. But I think I would have preferred a more powerful chorus, like Stray Kids' "Hellevator."

In this MV, K-pop star IU and actress Jin Seo Yeon throw down.

These two are engaged in hand-to-hand combat. The reasons are unclear, but that's pretty immaterial. A hit, recovery, knockback, and all sorts of moves are unleashed here like we were watching some female version of an Ip Man epic. I love the slo-mo techniques here, not to mention the nods to wuxia here. Every move here looks like it hurts when it connects. The whole thing is this incredibly graceful ballet of violence.

Of course, if you told me IU was a fighter, I'd probably stare at you (but then again, there was 'Book of the House of Gu'). She proves herself in this MV. So does Jin Seo Yeon. Both these gals really give you an engaging show and props to the director for the way this MV pulls it all together.

So, if you're looking for an engaging fight, skip the pay per view and just crank up YouTube or Naver. This MV more than fills the bill and does so in style.

Fans express their disappointment in Song Ji Hyo's stylist and issue a statement
5 hours ago   28   27,131 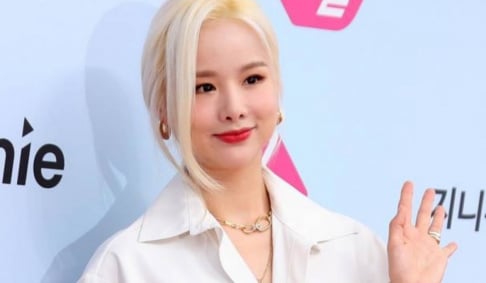 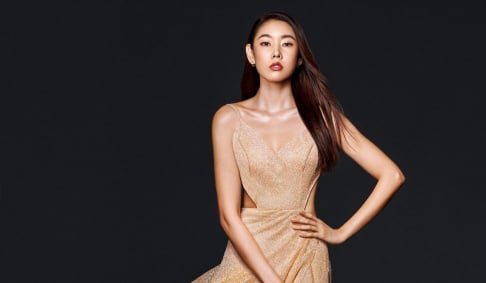