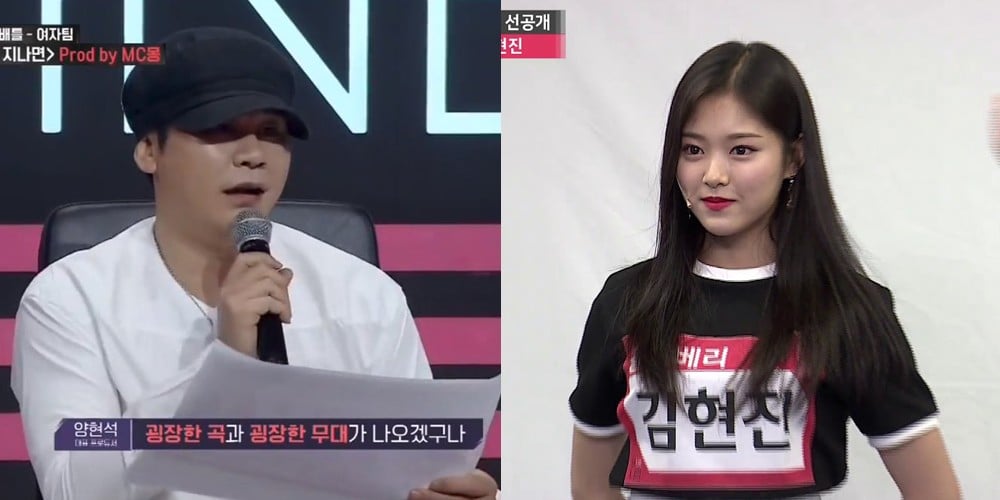 Delighted, Sean revealed that Yang Hyun Suk's proposed donation amount was the greatest single amount of any donations throughout the '2018 Ice Bucket Challenge' campaign so far, and thanked Papa YG for the generous donation.

Some time ago when Sean started the '2018 Ice Bucket Challenge', LOO??'s HyunJin called out Yang Hyun Suk as one of her next nominations, garnering attention. It seems her bold nomination paid off! Meanwhile, Sean also recently took to his Instagram to thank BTS for answering his nomination and partaking in donations.

"He needs to practice more," Netizens aren't impressed after hearing Kang Daniel's live performance on 'The Show'
1 hour ago   28   5,636

Paju City concludes investigation into BLACKPINK's Jennie and states she did not break quarantine rules
2 hours ago   19   3,144

Netizens pick the idol members who dance well with steady vocals during live performances
3 hours ago   74   9,545

BuzzFeed: G-Dragon is the Champion of Inclusivity in Conservative South Korea
5 hours ago   55   3,799

Former Highlight member Junhyung claps back at haters
19 minutes ago   1   1,489

This singer is gaining attention for his unrecognizable transformation after dieting
46 minutes ago   3   3,594

"He needs to practice more," Netizens aren't impressed after hearing Kang Daniel's live performance on 'The Show'
1 hour ago   28   5,636

AB6IX gets mentioned on American sitcom 'Chad,' will they make an appearance on the show?
2 hours ago   1   821

Designer decides to pull BTS Jimin's hanbok entry from charity auction after the constant harassment by Akgaes
8 hours ago   124   8,832

Netizens pick 12 idols who would get automatic disapproval for marriage when meeting the parents based on appearance
2 days ago   103   74,384