Singer Sunmi confessed about her serious health condition as her knee is much worse than she expected.

On this day, Sunmi was asked if she had ever had a hard time running, to which she mentioned her knee condition.

Sunmi replied, "My right knee is nearly dislocated. In fact, I try not to talk about it, but there are times it must overwhelm my knee to run. I was actually taken aback when my knee became dislocated during the last run we had."

Sunmi continued to say, "Fortunately, 'Running Mates' is not a show where we run full force, but we run according to our own pace, so I was able to run and finish the race without much difficulty."

Earlier in July, Sunmi released a photo of her taped up knee and made fans worried.

Sunmi explained, "All the members have bad joints since they were in the entertainment industry for a long time and danced for a long time. So I was a bit worried about that throughout the filming."

Still, Sunmi revealed that she had a fun time filming and said, "I was able to enjoy the filming because we all met as seniors and juniors in the industry, but we were all able to become sisters and friends. I was really happy about that."

Meanwhile, 'Running Mates' is a reality program where female idols in their 20s become a running crew to run in Korea's most beautiful locations surrounded by mountains and oceans.

I wouldn't be surprised if idols have the joints of tenured professional athletes. It's widely known that idols go through a rigorous training program as trainees and even upon debuting. I've heard of long-retired athletes using pain relievers every day to combat the pain so I'm sure there's a lot of wear-and-tear on idols especially if they're on music shows a lot and touring and making a comeback 2-3x a year.

TheJoe84841,420 pts Tuesday, December 8, 2020 0
Hoping and praying for a speedy and complete recovery. Having a lot of knee problems growing up, I can relate with her how annoying knee problems can be.
Share 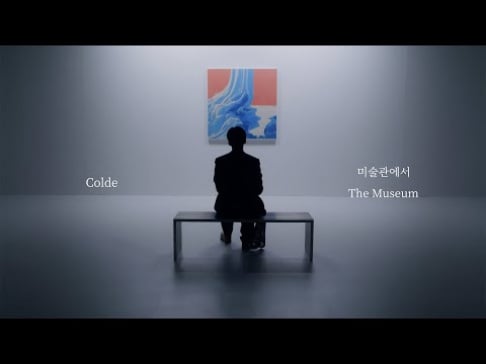 One of the biggest online communities lists idol members by popularity
2 days ago   88   40,288