HyunA announces her engagement to Dawn

HyunA looks to have announced her engagement to Dawn!

On February 3, HyunA shared the below clip of herself and longtime boyfriend Dawn's left hands with matching rings along with the message, "Of course, it's a yes," with crying tear emojis. The post has led many fans to believe they're engaged after over 5 years of dating.

HyunA and Dawn confirmed they'd been dating for 2 years in August of 2018. However, this isn't the first time the idol couple have been caught up in engagement rumors due to their social media posts.

[Update: Dawn also posted on Instagram with a clip asking the question, "Marry me?"]

They are such a great couple, super happy for them!!! 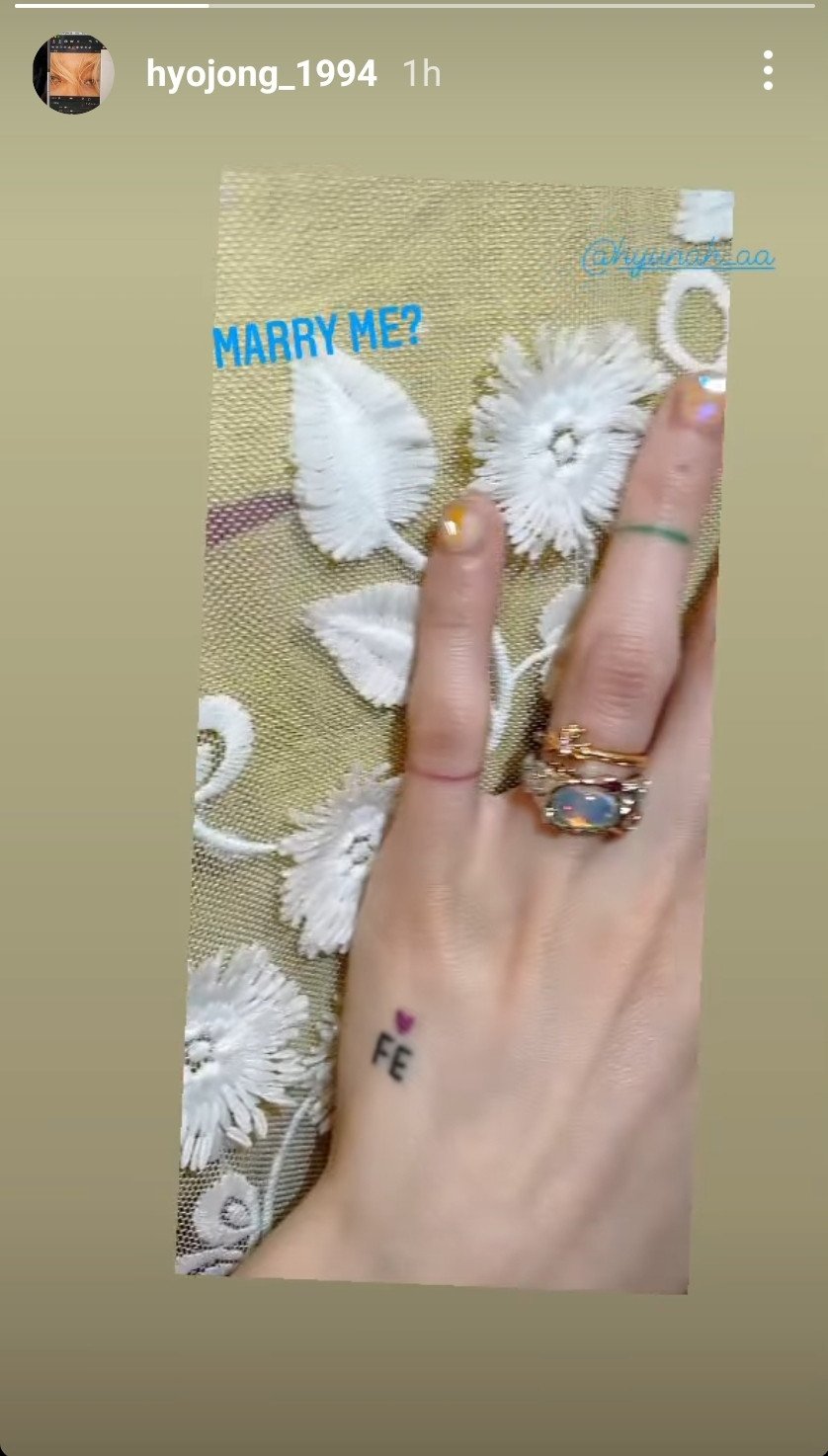 I think it's safe to say it's an engagement

"Korea slanders China, we don't do counterfeits," Chinese netizens become outraged about a scene from 'Anna' starring Suzy that was based on an actual event
17 hours ago   75   44,840

Netizens send their encouragements after finding out that former MASC member Chibin, who left the group after a violence incident with another member, is re-debuting
8 hours ago   9   15,619

"Korea slanders China, we don't do counterfeits," Chinese netizens become outraged about a scene from 'Anna' starring Suzy that was based on an actual event
17 hours ago   75   44,840