When bugs attacked idols and their precious reactions 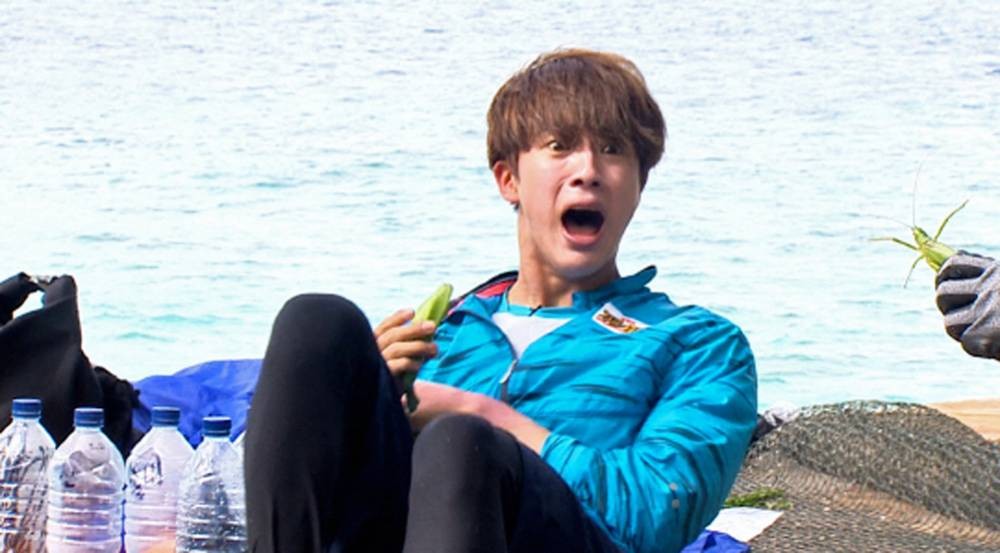 1. Seokjin
Old man Seokjin is a lot of things including being a scaredy-cat! When he was on 'Laws of the Jungle' and Cheng Xiao offered him a grasshopper he totally loses it, running away for his life. But, of course, we still love Jin regardless of how silly he is.
2. Jungkook
Out of all the idols, Jungkook would be the one that actually tries to fight a bug unlike his hyung! Of course, he was still startled when it appeared but he still tried to play it tough guy and fight it. Until RM comes to save him.
3. J-Hope
Although the dragonfly landed on Jimin, it's J-Hope that loses it and runs away screaming. J-Hope was like J-Nope!
4. ASTRO
The ASTRO boys have always proven to be super cute and cuddly people but that maximizes so many times more when they vlogged their attempt to get rid of a cicada. A group of six men spent over 8 minutes trying to catch a cicada and it's the cutest reactions ever.
5. B.I.
B.I. may be charismatic on stage but when it comes to facing a bug, there's no shame in his squeals of fear.
6. Taemin
Taemin seems to constantly attract bugs during performances and other cases. No matter what happens he's always being bombarded by bugs. There are so many cases of Taemin going against his mortal enemy.
7. Hani
The goofy queen of EXID has her fears too and it consists of things with more than four legs. But even when she's scared she'll still try to laugh it off.
8. Seohyun
Despite being absolutely terrified, Girls Generation's Maknae still tries to fight back with a can of bug spray ultimately failing and being forced to run from her seat.
9. EXO
The members of EXO also tend to be chosen for bugs' attack causing these amazing men to run dramatically to get as far away as possible.
10. B1A4
He may be super suave on stage but when it comes to bugs Baro is like any other person, timid and nervous.
11. VIXX
K-POP idols are full of expectations and realities. VIXX is no exception. As much as they try, it takes a lot for them to square up with bugs.
12. Seungri
The King of all Maknaes proves to be a super entertaining idol in all fields from MC-ing, hosting, and so much more he's super fun to watch. But what's more satisfying than watching him cry over bugs.
13. Jackson
Jackson is frozen solid when he see's this huge cockroach! Gross! Don't worry Jackson, I would react the same way if I were in your position.

'The Late Late Show With James Corden' deletes videos of the host calling BTS's appearance at the UN 'unusual' in response to backlash from ARMYs
2 days ago   142   90,245