Written by Melanie Fontana, who serves as a songwriter for tracks like BTS "Euphoria" and TxT "Crown," and her husband and producer Lindgren, "Lace Up" tells the story of being taken for granted in a relationship and learning one's own self-worth from that process. Wengie has never been shy when it comes to her love of choreography and elaborate concepts. Inspired by K-Pop's ability to transcend audible limitations with visual stimulation, fashion, and style, the entire production is elevated to a multi-sensory experience. Wengie is able to manipulate her K-Pop influences and apply them to her own songs to create a unique pop sound that is undeniably: Wengie.

The music video takes on the concept of self-worth in a playful way by employing some very familiar faces to compete against each other in a girls versus boys baseball game! Wengie, supported by an all-star cast of influencers, musicians, and producers, took her passion for K-Pop and applied it to her own art. Matt Steffanina, who taught Wengie dance for her first YouTube rewind in 2017 makes a cameo along with Rebecca Zamolo and CloeCouture, both notable style icons Wengie has collaborated with.

Wengie didn't hesitate to leave out the love for her fellow musicians including Jessica Reynoso, the new Black Eyed Peas front woman and Latina star, Sharlene. Fans of K-Pop dance will also recognize viral sensation, SusieMeoww. If you're sharp, you might even notice two Easter eggs indicating future collaborations on the horizon with the cameos from electronic music producer and button-pusher extraordinaire, Shawn Wasabi, and songwriter, David Amber, the mind behind TWICE songs like "Yes or Yes" and "Heart Shaker".

Wengie's original concept of K-Pop and Asian Pop in general meeting Western Pop is a reflection of her own Chinese-Australian background. So, what's up next for Wengie? Well, for starters, Wengie is working on a project called "World Wide Wengie" that's rooted around applying a K-Pop style of music delivery through collaborations with artists from all over the world. Her first collaboration with Inigo Pascual, a well-known artist from the Philippines is on the horizon! Keep an eye out for "Mr. Nice Guy" and collaborations coming soon.

When asked what she wanted fans to take away from "Lace Up," Wengie told allkpop, "You don't need a man or woman to define your self worth and there's always someone out there to appreciate your unique gifts. You just have to go out and find them!"

Wendy went from a shy introverted beauty youtuber to a bubbly energetic entertainer, I love watching her improve and blossom. I appreciate that since she has a huge following of very young kids, she caters to them only with positivity and love. she is a loveball and I wish her the best <3

Viewers startled as Irene's face suddenly changes during the performance of "Monster" on 'Music Bank'
11 hours ago   39   56,616 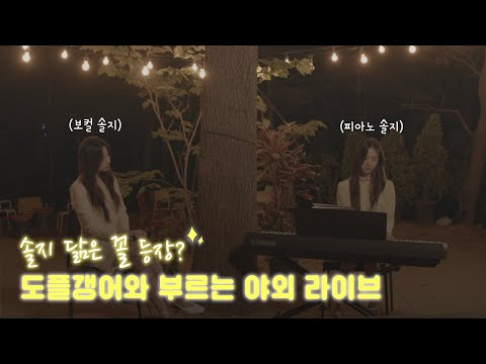 Viewers startled as Irene's face suddenly changes during the performance of "Monster" on 'Music Bank'
11 hours ago   39   56,616