Back on August 10, controversy arose once again as graduating students from another high school were seen blatantly copying the Uijeongbu High School students' parody costumes of the Ghanaian dancing pallbearers.

Last week, serious discussions of racism sparked after some students from Uijeongbu High School (famous for their costumed graduation photos) parodied Ghana's popular dancing pallbearers. The issued became cause for a heated debate as many criticized the students' use of 'Black Face'. Afterward, representatives of Uijeongbu High School clarified that the students had no intentions of displaying racist behavior toward anyone; however, opinions still remained divided as to whether or not the students' photos were "racist" regardless of their intentions.

Then, over the weekend, students from Kongju High School were also seen sharing their costumed graduation photos via SNS. But this time, many noticed a group of Kongju students openly parodying the "Uijeongbu incident", rather than simply parodying the popular dancing pallbearers. One student even used the hashtag #SamOkyere, blatantly calling out the Ghanaian TV personality who has been facing backlash from K-netizens for his criticism of the Uijeongbu incident.

The Kongju High School students' parody of the controversial incident is currently under severe criticism, as even Korean netizens had to admit, "This is just intentional racism."

Other K-netizens on online communities commented, "There's no way to side with the kids on this one at all. It's 100% uneducated, racist behavior, and I'm embarrassed", "It doesn't matter if they're just graduating young kids, this is just brainless", "This is on another level of low", "Okay the Uijeongbu kids really didn't know, but these kids here are just trying to disgrace Korea's image", "It's sad but what Sam Okyere said is all true... this is Korea's current level, we get mad and argue even when we're wrong and the kids learn that same behavior exactly", "The fact that there wasn't a single teacher there to stop those kids from doing this is even worse", and more.

Who is Sang Mingyun? Someone who claims to be BTS' cousin 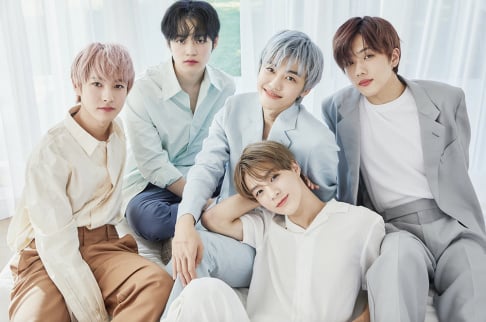 The previous 'parody' with blackface could be seen as ignorance however this is 100% racism, and intended to show prejudice. Doing this now, RIGHT AFTER the previous controversy... they know better. And to tag Sam is what really drives this home. What a vile act.

The racism of Korea continues.

Korea was so supportive of black lives matter for about a week and now it's back to the way it was before, which is unfortunately how it is in many parts of the world. Many people decry racism when it's "fashionable" but when it comes to making long term change, that support goes away far too quickly.

Korea didn't care much about that racist act on broadcast TV either.

I feel bad for Sam Okyere. He pointed out the elephant in the room to people who didn't want to see it. It's good that he's gotten paid but never once did any Korean show treat him as anything but the token black guy and the moment he speaks up against Korean racism toward black people, they turn on him.

Netizens surprised by TXT's skills at the assembly line of their album manufacturing factory
4 hours ago   5   5,940

This is Song Joong Ki and Katy Louise Saunders' future home where they will raise their first child
7 hours ago   33   52,807