As many know, 3 members of IZ*One are also members of AKB48. Amongst them are Miyawaki Sakura, Yabuki Nako, & Honda Hitomi. This group was formed under Produce 48, the collaborated survival show between the makers of Produce 101 & AKB48.

There’s is also Takahashi Juri of Rocket Punch, who got signed to Woolim after the show which led to her graduation from AKB48.

Many of the members within the franchise have side jobs, amongst them being gravures modeling, which is a form of modeling that shows off female idols best assets. Despite being seen as something made towards male fans, many female fans love gravure model pieces as well

Juri showcased her equally stunning self within this as well

We hope you appreciate both of these amazing beautiful girls

Usually I don't mind if ADULT Idols do this kind of things of their OWN free will, it's their life and as long as they don't do something harmful ... they can do whatever they want to do with it. That being said, Miyawaki Sakura (probably Juri as well) was a minor when some of these photos were taken, which means that what you are doing right now is spreading child pornography which is not only disgusting but it is also illegal.

I'm not the biggest fan of AKB48 and only like some of their songs ("Uza","Beginner" and"River" are my favorites) but I now what goes on with them and I can honestly say that I hate their management for forcing most of their underage members to do this kind of thing, a lot of them are between the ages of 13-17 years old and yet they are constantly exposed and sexualized by grown ass people.

Same thing goes for kpop, it doesn't even matter if they are male or female, it is never right to sexualize minors. 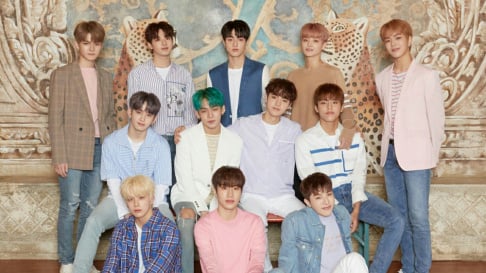