Nam Tae Hyun's past comments have come to light once again after B.I's drug scandal.

On June 14, netizens posted the comments on online community sites with the title, "Meaningful comments by Nam Tae Hyun after he withdrew from WINNER." During the time of Nam Tae Hyun's exit from WINNER in late 2016, the singer received a lot of criticism and malicious comments from former fans and disappointed netizens. In a previous interview, Nam Tae Hyun expressed, "The paths we wanted to take were different. [YG] was like home to me. I don't regret withdrawing. I'm sorry as there will be a change because of me whether it's a good one or not. I hope that it's a good change."

The South Club vocalist got flack for mentioning WINNER, and he blew up on netizens on Instagram, stating, "I just answered the question because they asked about my withdrawal from WINNER during the interview. I don't want to mention it either. And you say my words keep changing? If I tell you why I withdrew in detail, do you think I would lose something? Shut up and stop writing malicious comments, while I'm remaining quiet and letting it slide. I don't like to fight, so just cheer on the people you like. I'm not an idol anymore, and I'll live well whether or not I forcibly put on an image like I'm nice and hardworking. Also, I know what I'm doing, and I'm working hard. I'm doing what I want to do. That's why, I'm living and eating better than you all who curse at people from the corners of your homes. If you don't like me, then stop taking interest and go away."

Nam Tae Hyun's tattoos on his fingers that say "I don't do drugs. I am drugs," which he got after his leave from WINNER, also have netizens talking. Netizens commented, "I get that he didn't want to say drugs were the reason he left, but I guess he wanted to show it somehow."

EXO's Baekhyun unintentionally causes household items to sell out after live chatting with fans
5 hours ago   7   15,338

Girls' Generation's Seohyun makes to the trending news with her stunning red carpet look
6 hours ago   13   11,017 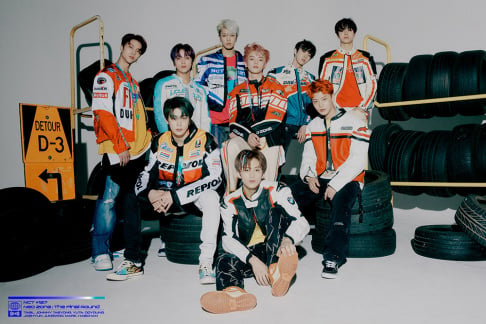 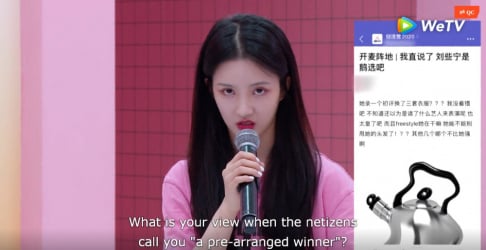 EXO's Baekhyun unintentionally causes household items to sell out after live chatting with fans
5 hours ago   7   15,338

Girls' Generation's Seohyun makes to the trending news with her stunning red carpet look
6 hours ago   13   11,017

IZ*ONE invites fans into the fairytale world in the lastest group concept image for 'Oneiric Diary'
11 hours ago   3   1,755

Informant A reveals that BTS Suga was well aware it was Jim Jones' speech and intentionally sampled it for his mixtape
4 days ago   264   58,403