9 Non-idol rappers who have stunning visuals 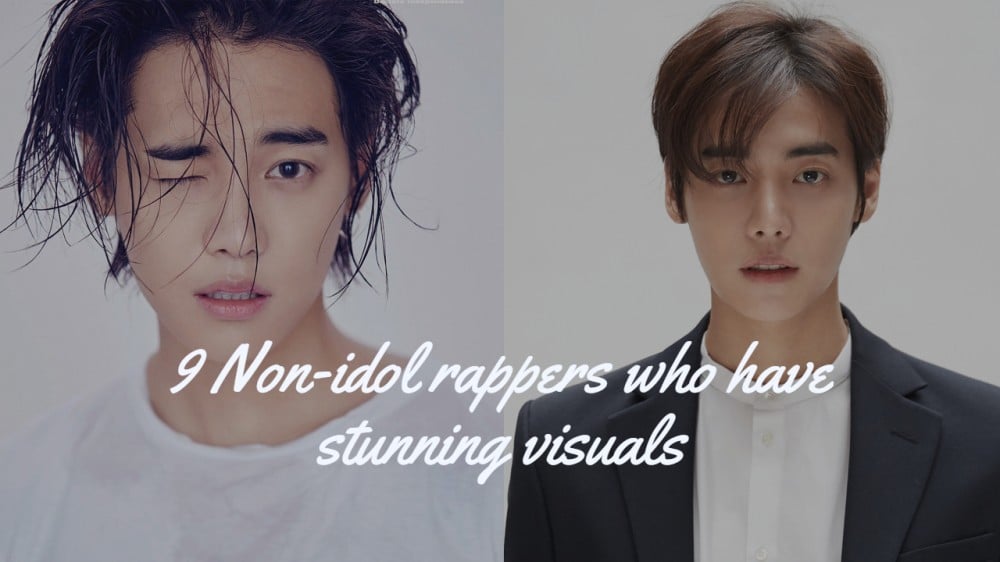 1. Gray
Gray is not only well-known for his genius producing skills, but also for his talent in rapping and singing. He's released numerous singles including, "GOOD," which features LOCO and Elo. You can also find him as a featured artist and producer in countless hits like BewhY's "Day Day."
2. Simon D
Simon D is not only a skilled rapper but was also the co-CEO of AOMG. He's most well-known for his single, "Simon Dominic," as well as his appearance in the TV rap competition, 'Show Me The Money.' In June, he released his long-awaited new album, 'DARKROOM: roommates only,' after a long hiatus.
3. One
When talking about handsome rappers, you cannot forget YG Entertainments's One. After appearing on both the 4th and 5th season of 'Show Me The Money,' One signed with YG Entertainment and debuted as YG Entertainment's first male solo artist in 14 years! He is currently pursuing a career as an actor.
4. Hanhae
Hanhae is a rapper and singer who is well-known for his role as a contestant in the 4th and 6th season of 'Show Me The Money.' He has released multiple singles and appeared on soundtracks for Korean dramas.
5. Giriboy
Giriboy is a rapper and producer signed to Just Music. He has released four studio albums and four EPs, along with many other singles. He is most well-known for his appearance on the 3rd season of 'Show Me The Money' where he released, "Fluttering Feelings," his first single to enter the top 100 of the Gaon Digital Chart.
6. Beenzino
Beenzino is a rapper signed to Illionare Records famous for his melodic style of rapping. He has released many award-winning singles as well as collaborated with countless artists. Some of his notable releases include "Aqua Man", "Dali, Van, Picasso" and "Want U".
7. Kasper
Kasper is a rapper, singer, and YouTuber that is best known for her participation on the 4th season of 'Show Me The Money' and 'Unpretty Rapstar 2.' She debuted as a solo artist with her single "Lean on Me" in 2017 and recently surprised her fans with the release of her first mini album.
8. Heize
Heize is a rapper, singer, and composer who gained attention after competing on the 2nd season of 'Unpretty Rapstar.' Her singles, "Star," "Don't Know You," and "You, Clouds, Rain" have all been extremely successful, achieving an all-kill on Korean music charts.
9. Cheetah
Famous for winning the TV rap competition, 'Unpretty Rapstar,' Cheetah rose to fame in 2015 and released her single, "My Number." While she is most well-known for her superb rapping skills, Cheetah surprised fans with her singing on 'Mask King.' She is currently a mentor on 'Produce 48'.
#1

Two plastic surgeons are in a difficult position after claiming that it's not Seo Ye Ji in the graduation photos
57 minutes ago   12   8,405

Two plastic surgeons are in a difficult position after claiming that it's not Seo Ye Ji in the graduation photos
57 minutes ago   12   8,405

Kim Seokjin captivates hearts with his outstanding beauty in the concept photos for the new BTS album in Japan
2 hours ago   12   1,561

Seo Ye Ji's former friend exposes the actress' alleged bad behavior in Spain & her statements about inhaling smoke for 'Another Way' come to light
1 day ago   131   97,299

Complutense University of Madrid makes a statement about Seo Ye Ji's alleged acceptance into their university
2 days ago   133   145,721