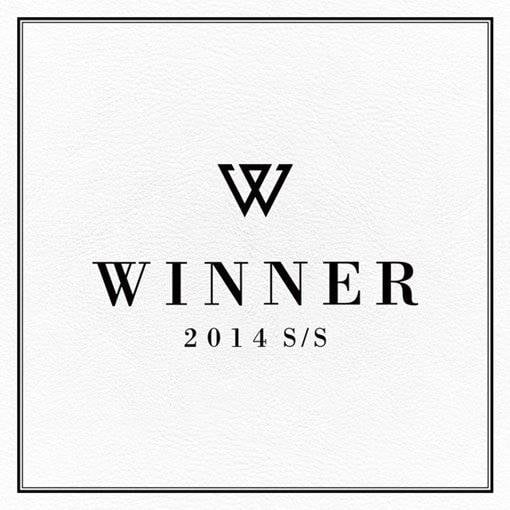 YG's rookie group, WINNER, have finally made their long-awaited debut--and unsurprisingly, they're doing incredibly well on the charts!

The songs from their album '2014 S/S' is dominating the on-line music charts.  While title track "Empty," composed in part by B.I, topped Genie, Mnet, MelOn, Olleh, Bugs, and Naver, their second track "Color Ring" followed closely behind in second.

The other tracks on the songs are also lining up in the top 10 spots on the music charts, showing how successful the boys are so far with their first album.  In addition, the boys will stand as an officially debuted group for the first time through the YG family concert on August 15.

What's your favorite song on the album?

[Update] WINNER's "Empty" has achieved an all-kill while their second track, "Color Ring," placed second on all the charts.  Congratulations to them on this amazing achievement for a rookie group! 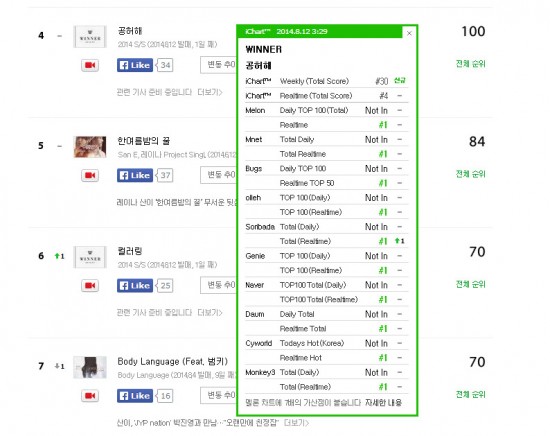 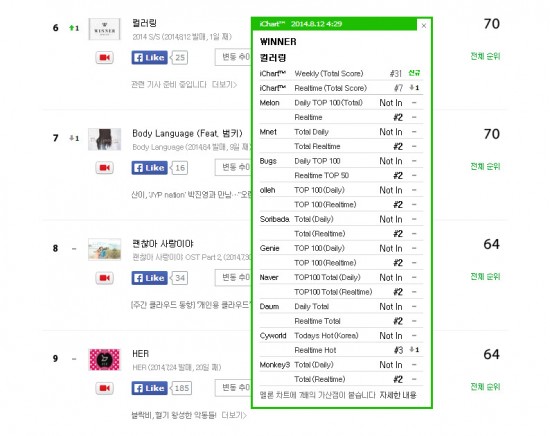 BTSâ€™ Jungkook stole all the attention at Grammy's red carpet with his stunning visuals and trended across the world
2 hours ago   16   5,584

Golden Child top album sales charts with pre-sales of repackage albm 'Without You'
58 minutes ago   0   1,079

BTSâ€™ Jungkook stole all the attention at Grammy's red carpet with his stunning visuals and trended across the world
2 hours ago   16   5,584